Central Park Archives is a project exploring practices of collaborative archiving together with communities and residents of Maunula. The long-term project was inaugurated in Spring 2020 as a local/online residency with Susanna Ånäs and Ali Akbar Mehta, who have an artistic practice dealing with archives and the commons. 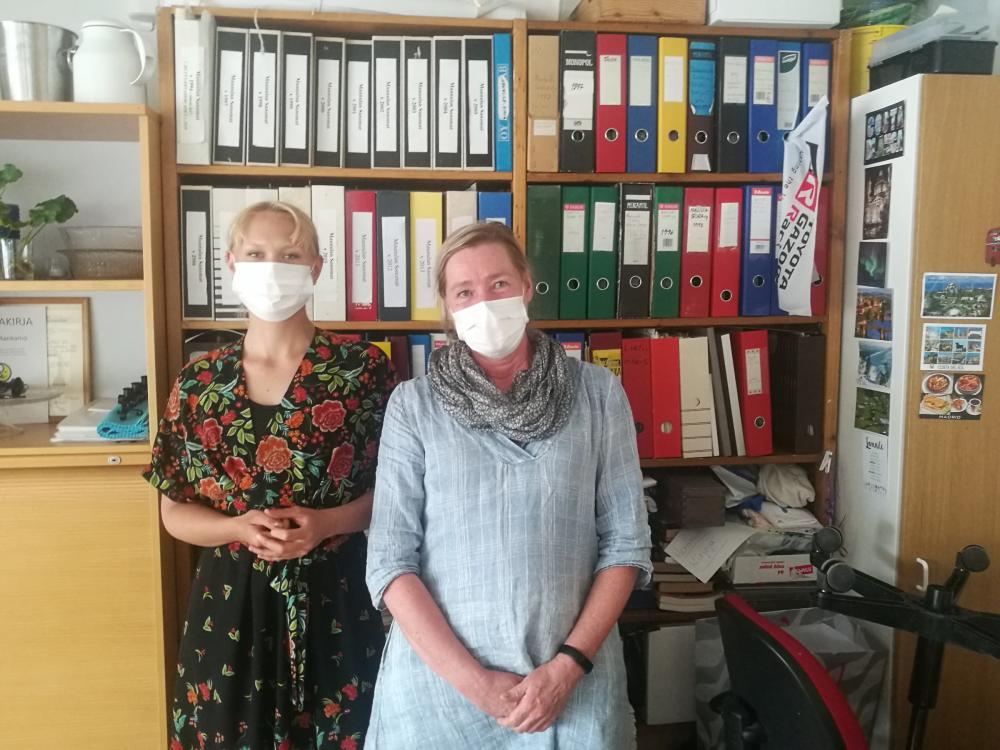 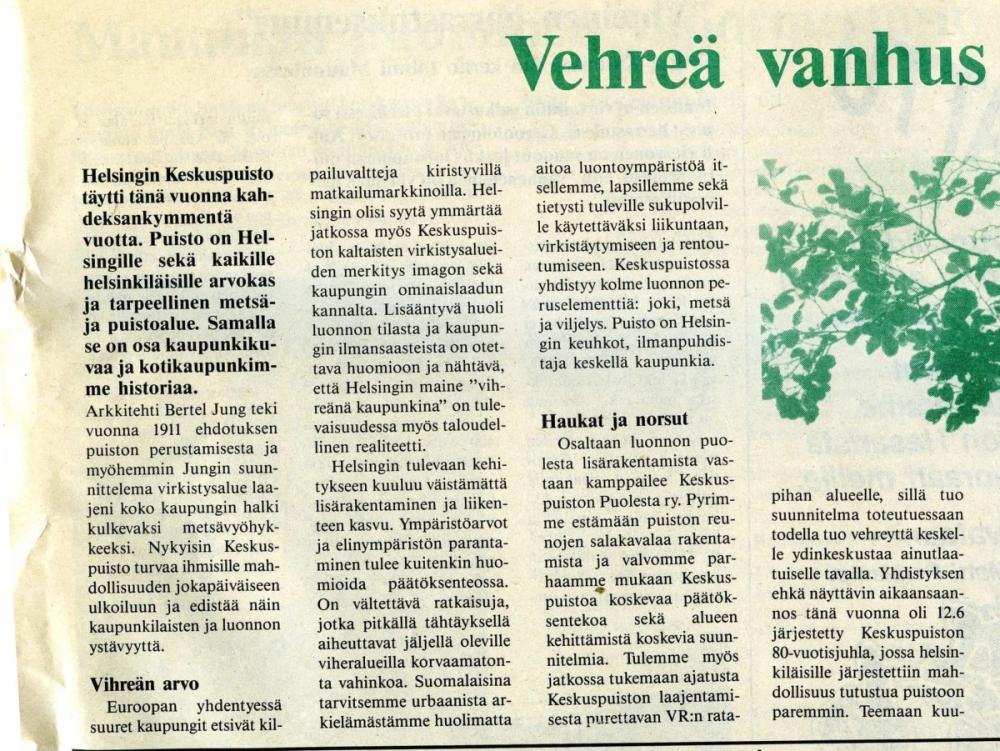 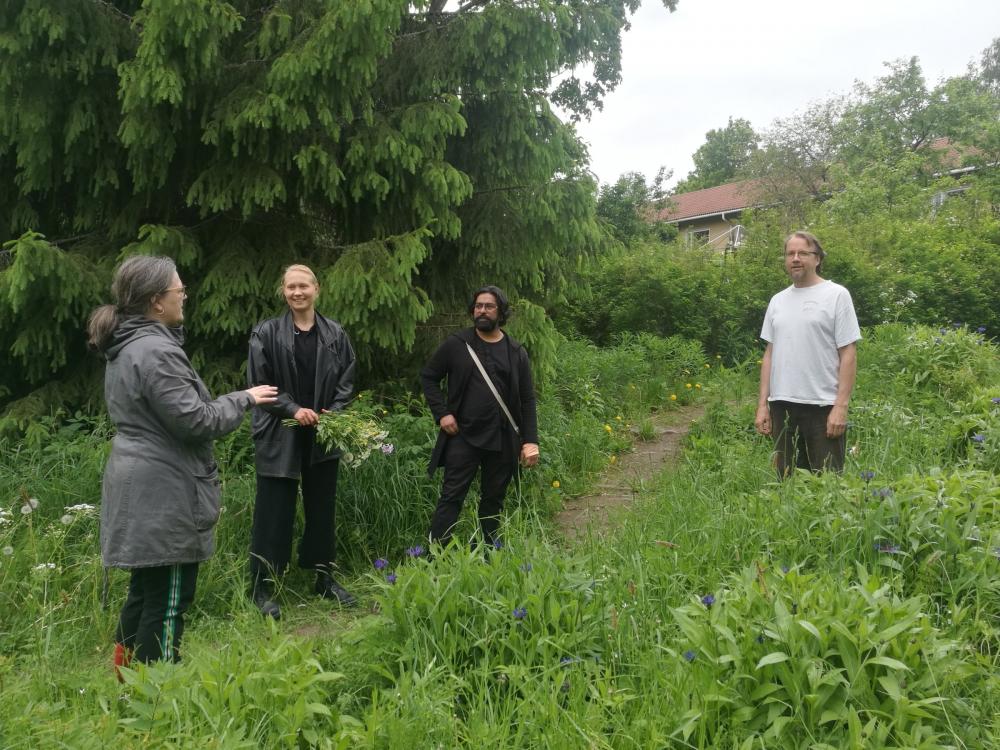 A unique urban forest, Helsinki’s Central Park, was established and developed as a public park since 1911. The 10-kilometer long park extends from the city centre at Töölönlahti Bay up to the city’s Northern border, crossing dozens of Helsinki districts. The Central Park has a significant value for Helsinkians, who engage with it by daily walks, nature observation, gardening and recreation activities.

In Maunula, the park includes several natural ecosystems - spruce and pine forests, a hazel grove, meadows, an allotment garden, and a stream that encircles the Maunula area. While citizens have fervently maintained its sanctity as a resource, they now defend the park against city plans that threaten the park’s ecology by new housing blocks and urban boulevard developments.

The Central Park Archives project connects a multiplicity of lived experiences, micro-histories, and struggles, documenting the ongoing change and future visions of the park. The objective is to create a commons of shared archives and a set of sustainable archiving practices around the central park, in close cooperation with local individuals and communities. It is conceptually based on a federation of grassroots sub-archives and online culture resources, networked via open data infrastructures.

The project proceeds from on-site research and engaging contributors/collaborators to creating a common/shared interface of access to co-curated materials. The process includes discussions, field trips and peer-learning workshops on co-archiving as well as working with wikidata and open-source content licenses.

A first demo of the archives interface was presented on a sound walk in the park on September 24, 2020. 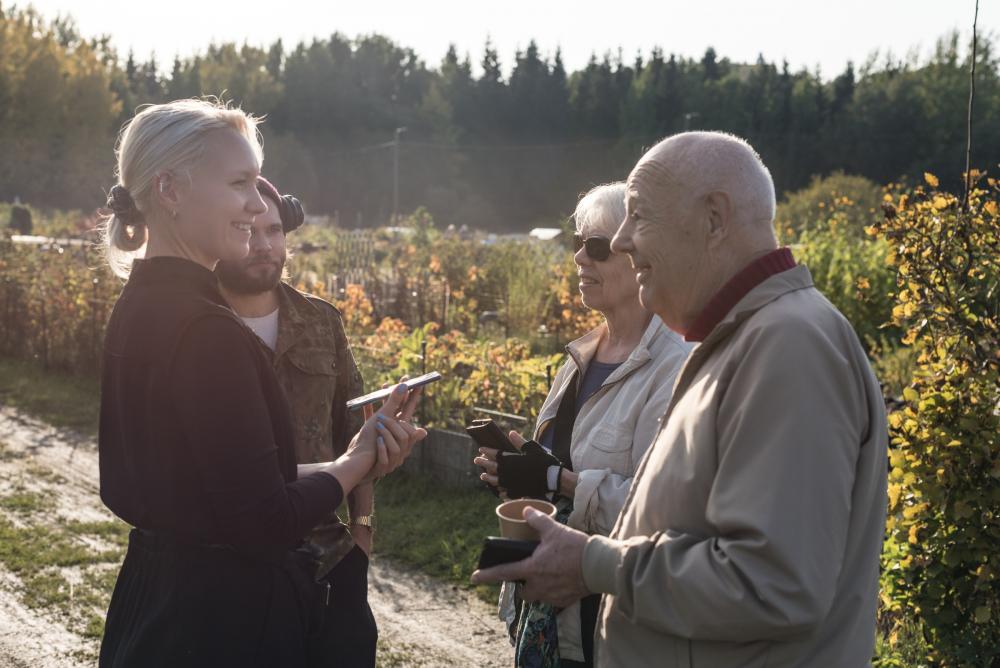 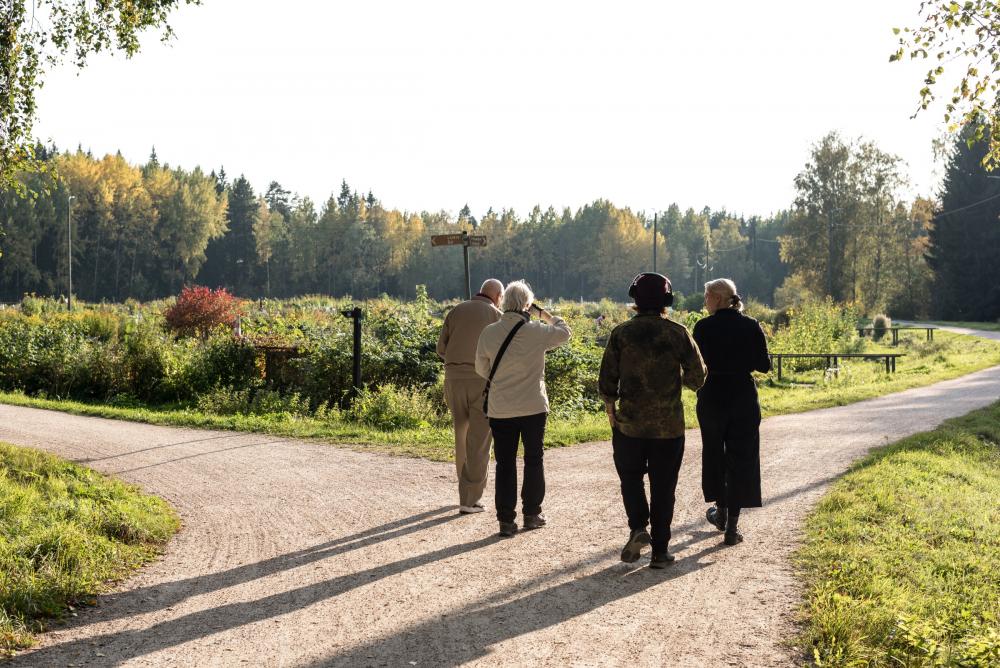 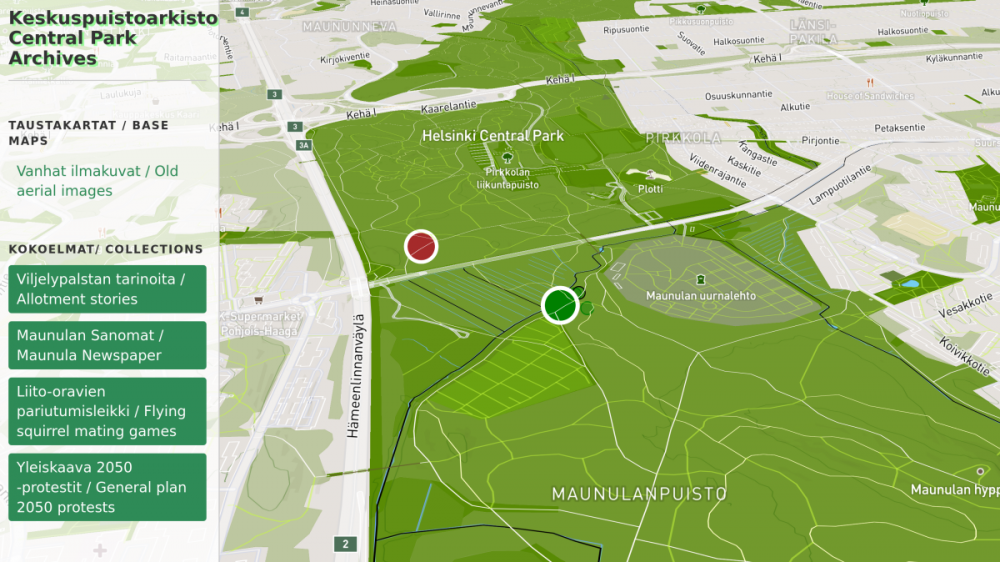 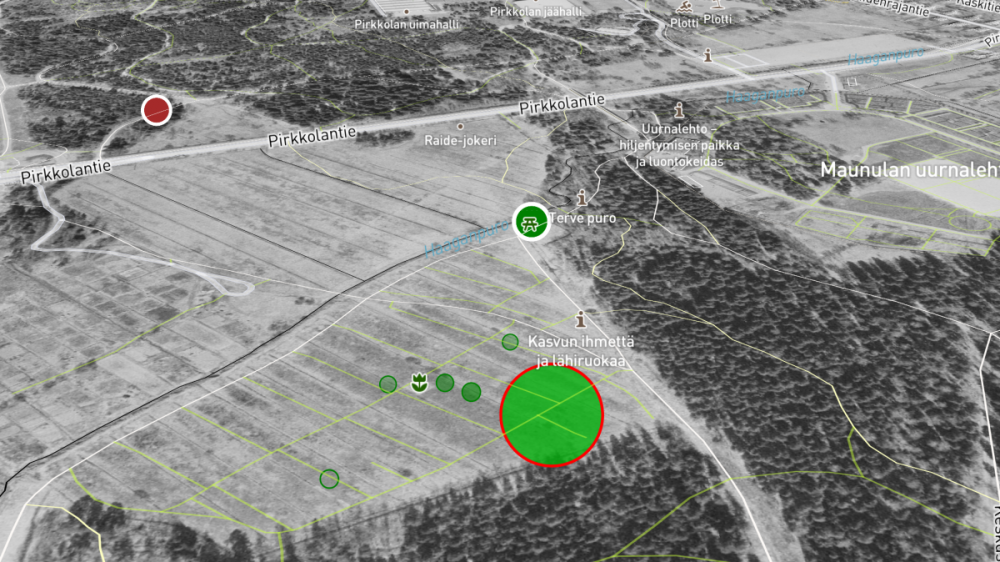 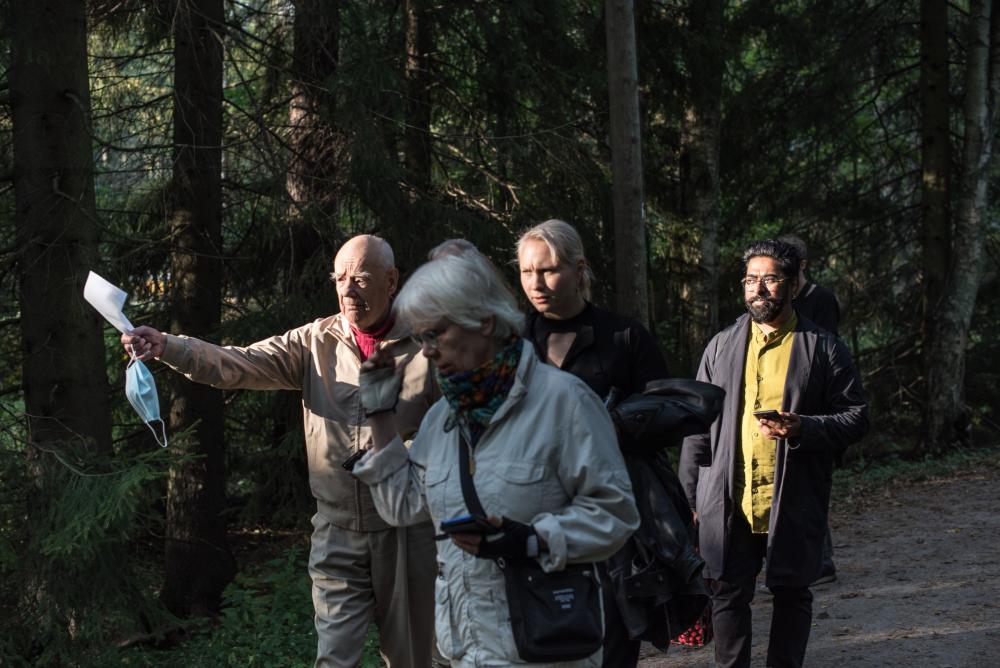 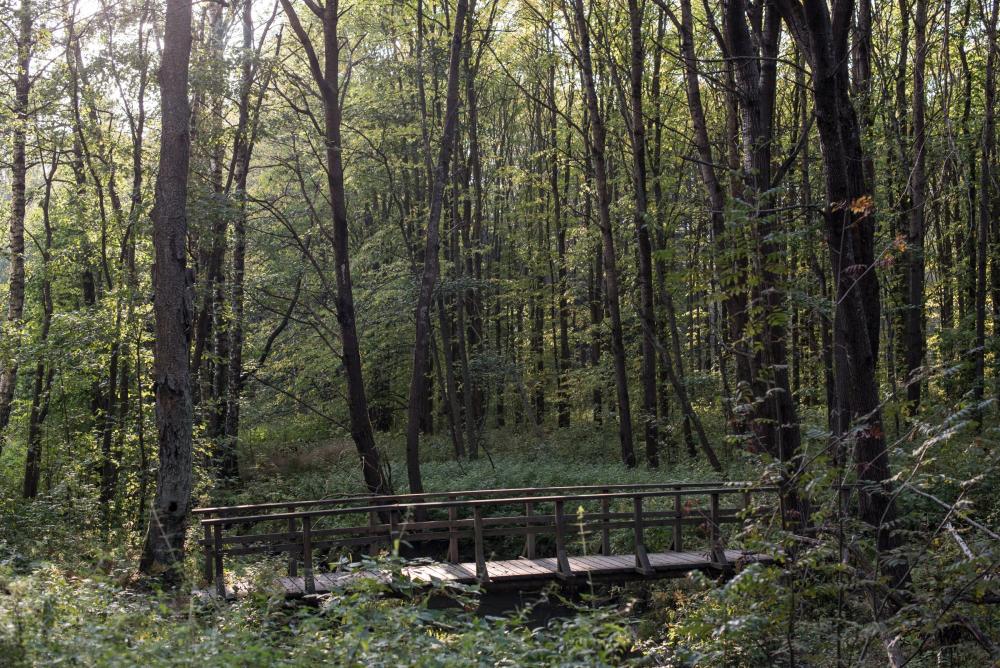 Central Park Archives is presented in context of Frame’s Rehearsing Hospitalities programme in 2020-21. Co-curated by Frame, m-cult, and Museum of Impossible Forms, the programme focuses on facilitating plural and decentralised forms of knowing and accessibility.

The project is produced in the context of Maunula collaborations programme initiated in 2016.